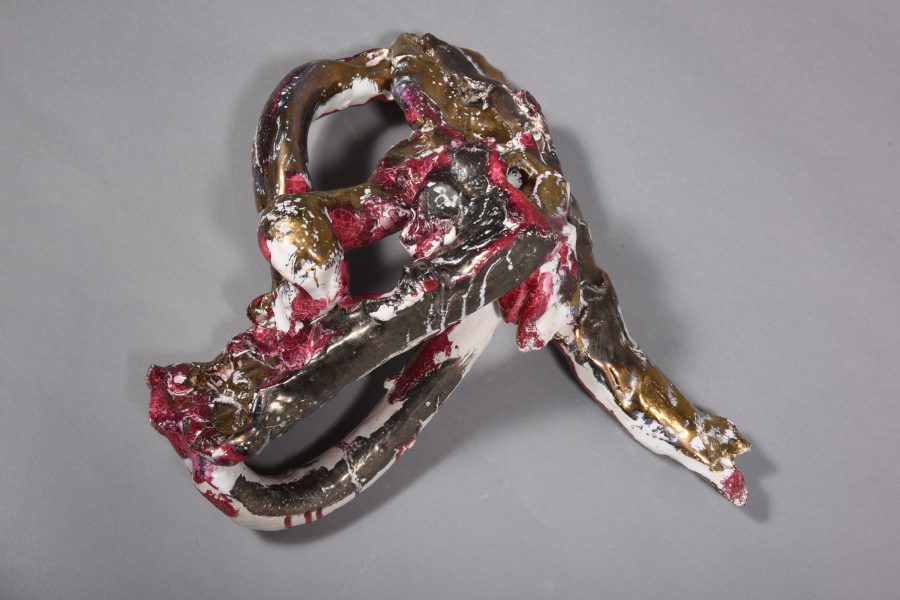 Descriptions Without a Place. PushMoon5

»Essentially for me, working in ceramics allows me to be absorbed with the body and the mind in the process of making. It has to do with the notion of making art as a thing in the world.«

In this digital age, perhaps one of the reasons why we appreciate ceramics again so much is its concreteness. Ceramics awakens the impression of being something so material, so tangible. The very opposite of invisible, incomprehensible and uncontrollable data that unnoticed travels back and forth between your trouser pocket and Silicon Valley.

A ceramic form is a solid thing, made for eternity, it is an idea in the mind of the artist, which, through his hands and the fire, has become substantial and imperishable. Look around you: the heavy objects stand firmly on their plinths, to lift them you need strength, the glazes have solidified, the colour remains as it is for the next thousand years, and if the form is buried it will remain unchanged. This much is certain.

“And yet it moves!” Galileo Galilei is supposed to have murmured when he was forced to renounce the Coppernican world view before the Inquisition. For the church, however, it was certain that the Earth did not move.

All his life, Galileo studied the laws of motion, as the first scientist ever to base his conclusions on experiments. He made the experiment the basis of research.

Xavier Toubes places this “eppur si muove” centre stage in his work and in his life. Firstly as a person: Toubes could be described as a nomad. Nomads – the word comes from the Greek and means “roaming in search of pasture” – are people who lead non-sedentary lives. Their movements are interrelated with their work.

Born in 1947 in A Coruña, a port in the north west of Spain, Toubes studied in London and New York, then taught as a professor in North Carolina – nomads are also shepherds – became the artistic director of the European Ceramic Work Center in the Netherlands and was then appointed professor in Chicago, where he now still lives if he is not on the move.

He has exhibited his work in many places all over the world, today in Johannesberg.

But it is not only the artist who is on the move. Ceramics too, as solid as they may appear, do move. The processes that play out, first in the artist’s mind and then in the kiln, are truly dynamic.The clay shrinks and melts, molecules combine and colours appear through mutations. This dynamism is characteristic of ceramics and demands an open-minded attitude. The attempt to subjugate the material normally leads to trouble. The acceptance of the metamorphosis, on the other hand, leads to new insights. 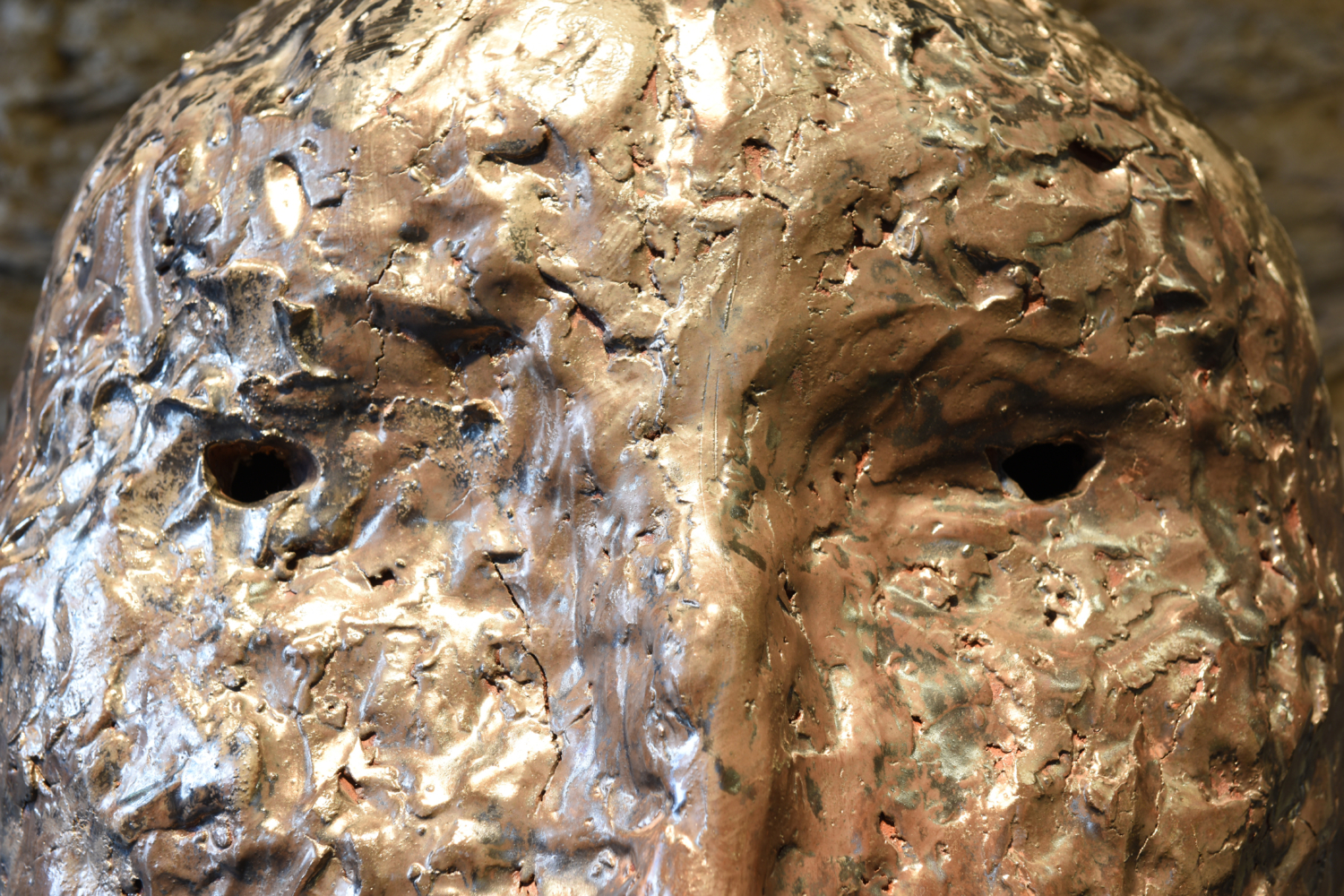 Xavier Toubes not only accepts this transformation, he makes it the basic concept of his work. His work centres on the paradox of dynamic concreteness. As Galileo once propagated, his artistic research is based on experiment, experimental procedure, on series. He gives the material the space it requires and gives it the opportunity for its dynamism to unfold.

The works document Xavier Toubes’ journey, they are his Descriptions without a place, artistic ideas without a fixed location, figures without a shadow, mobile, roaming, bequeathed observations. The themes that Toubes takes up do not belong to a specific location, they roam with him, they lie fallow and are later taken up again by the artist. Firm companions on the journey are language, the material clay and colour.

With Toubes, colour reinforces movement, on one object it seems to be on the move to the next and does not let the viewer rest. It even becomes political by embodying the artist’s activism. Toubes’ work documents the world in motion.

Wouldn’t it have been great if the church had proved to be right and we could be sure that the Earth at least was not moving. And yet it moves. Humanity too has never been stationary. The current debate on refugees, although many are nomads simply in search of a new space to work, shows our dilemma with migration. The present shows us that migration cannot be controlled and there is little that we can commit to.

Xavier Toubes gives us no answers and that may be disconcerting. He shows us that ceramics as a material is perfectly predestined on the one hand through its concreteness and on the other its dynamic nature to embody this “and yet”. Strength lies not in calm but in this “and yet”.

I wish you the strength to endure this dilemma and its unsettling beauty. Thank you.

Josef Albers – himself a migrant and a teacher – wrote this poem:

When I paint
I see and think first – colour
And mostly colour as movement
Not as accompaniment
of form, moving sideways
only sideways remains
But as colour in lasting inner motion
Not just in interaction and interdependence
with neighbour colours
connected and unconnected
But in aggression – to and from beholders
in direct, frontal beholding-us
And seen from closer,
as a breath and pulsation – in colour 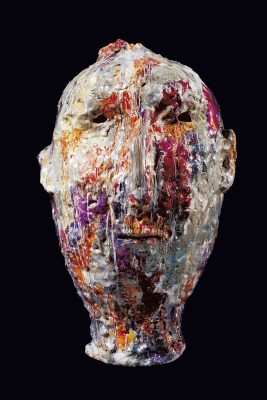 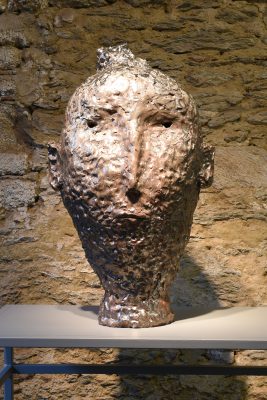 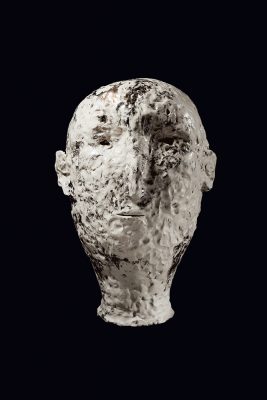 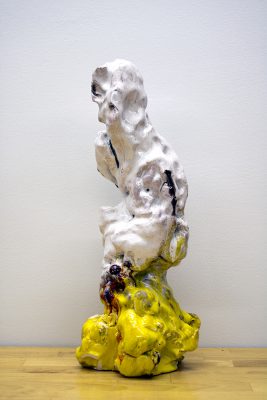 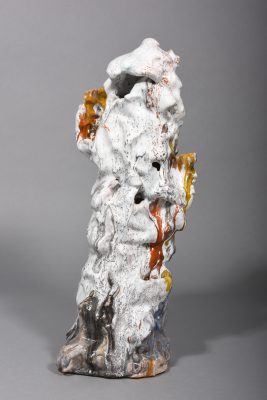 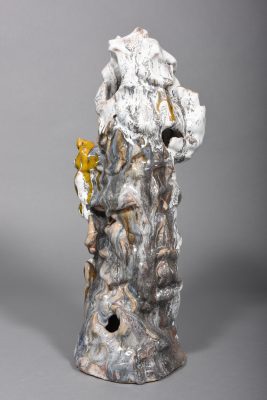 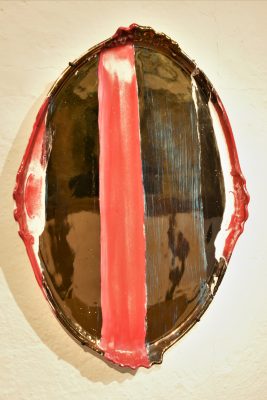 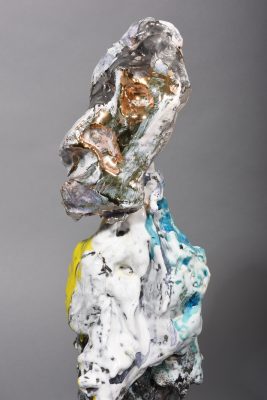